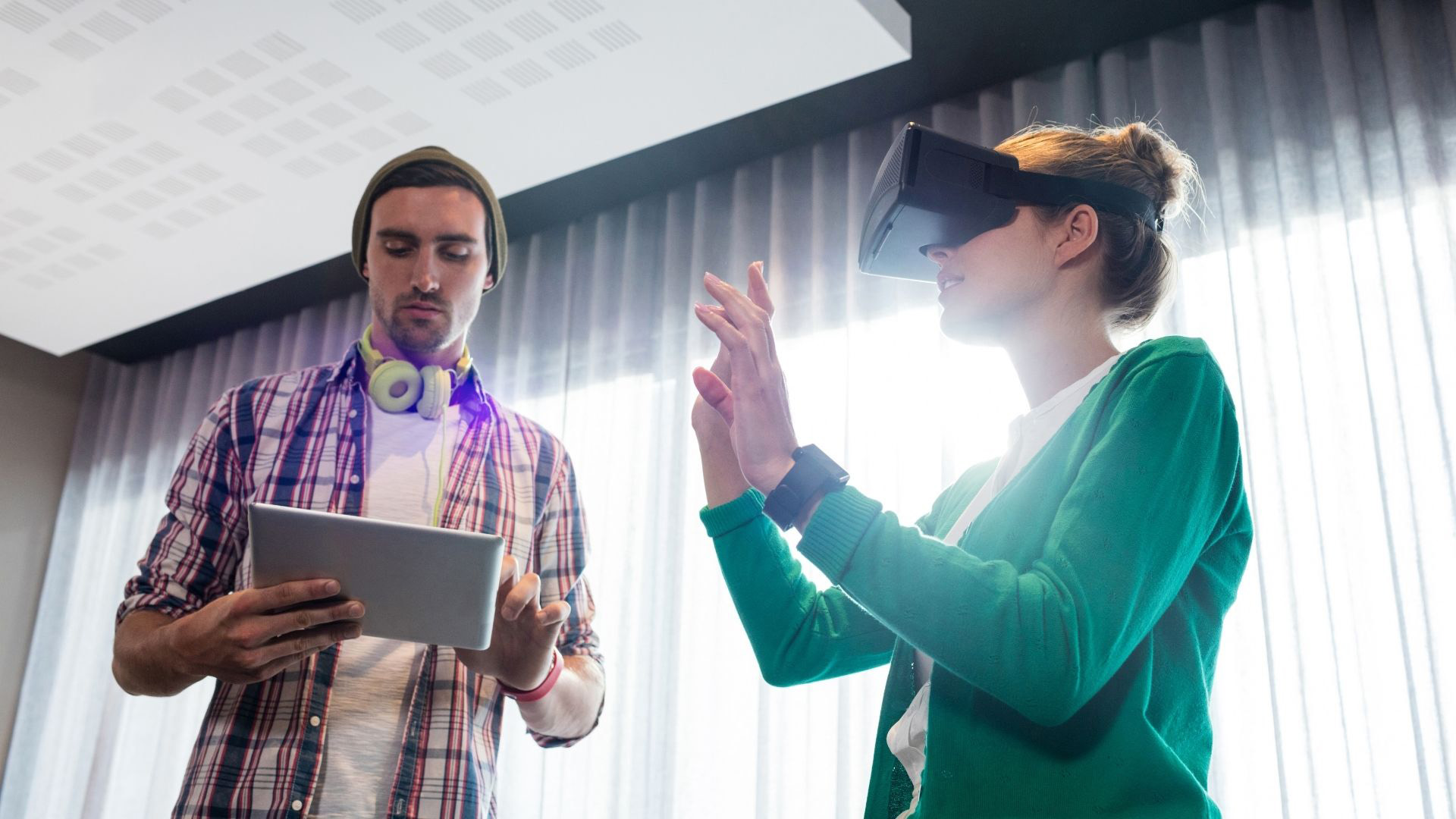 The world around us has undergone incredible transformation - digitalisation is not any more part of the future, it is the future. Introduction of new digital innovation in the form of services, platforms and tools has also altered how audiences engage with the arts. The new generation audience also expect engagement with content in different ways than before. They move easily between gaming, making their own videos and music or watching movies and shows on different platforms. More and more people would rather engage in forms of entertainment that would bring elements of different media together for a fuller and more satisfying experience. Consequently, arts are under pressure to merge and embrace digital transformation. The corona lockdown has only accelerated this process and industries are open to new opportunities: AI is being used to create content in music, film, performing arts and gaming. Augmented and virtual reality can transform storytelling and the way content is experienced, while immersive technologies can make content more powerful than presented through traditional media.

Digital transformation also involves streaming revolution, which came to the music industry first and continued with both video and games. Now the stage is set for virtual and augmented reality to exploit the accessibility of streaming and make real what was once seen as merely science fiction. Creative economy and platform economy are converging and redefying the relationship between creators, publishers and technology companies. Streaming has affected both the music and audio-visual industries where big players dominate the scene. At the same time, there is still room for new start-ups tech companies involved in the process. While the Tech Giants have clearly benefited from the streaming revolution, it has not necessarily been a win-win situation for neither the creators nor the audiences.

The seminar/summer camp will involve both presentations of case studies and general talks and discussions and will be held in a relaxed environment in Lodjakoda by the river Emajõgi.

Introduction to the Theme and Bootlegging

Speeches on the AI Emergent Technologies and Creative Practices focus on artificial Intelligence as a tool and collaborative partner in artistic practices. Nuno N. Correia will describe audiovisual art and his usage of AI. Nuno will provide many stunning examples bringing into life the framework on embodiment often with development of, and performance with, generative audiovisual tools. The method of design that Nuno uses is participatory with humans and AI including workshops, hackathons and performances.

Koray Tahiroğlu’s speech is impressive show on audio and AI – AI as a partner in creation. Koray presents the emerging role of sound in designing new ways of interactions. It includes the design and implementation of novel interfaces for digital media, communication, audio-visual production, music and interactive art with a very strong focus on embodied engagement in interaction. The research builds on ideas from real-world physical interactions in digital environments, audio-tactile augmentation, embodied interaction, smart technologies and new interfaces for musical expression.

Both presentations are impressive shows on audio and visual – audio-visuals.

We will combine the Bootlegging [1] and Reboot [2] brainstorming methods in a rapid prototyping session (co-design). Bootlegging applies the concept of cut-up to brainstorming workshops. By mixing familiar concepts, it creates juxtapositions that stimulate creativity. What seems far-fetched can be useful: don’t be constrained by reality and don’t hold back ideas that seem ridiculous. Bootlegging consists of 4 main stages, and requires the definition of 1 theme and 4 categories.

Nuno N. Correia is a Senior Lecturer in Digital Media at the University of Greenwich. Since 2000, he has been teaching and conducting research in media art and interaction design, in several universities internationally (such as Aalto U., Goldsmiths U. London, U. Greenwich, U. Madeira).

Nuno holds a PhD in New Media from Aalto University (Finland), with the thesis Interactive Audiovisual Objects (2013). Previously, he was Senior Interaction Designer at the design consultancy Fjord, including work for Nokia, Microsoft and HP. Nuno has published nearly 50 peer-reviewed articles, in HCI conferences such as CHI and TEI, and in audio conferences such as NIME and Audio Mostly. He founded the Sound, Image and Interaction Design Symposium (SIIDS). He is a Fellow of the Royal Society of Arts (UK).

Koray Tahiroğlu is a musician, Academy Research Fellow and lecturer in the Department of Media, Aalto University School of ARTS. He is the founder and head of SOPI (Sound and Physical Interaction) research group, coordinating research projects with interests including embodied approaches to sonic interaction, new interfaces for musical expression, deep learning and artificial intelligence (AI) technologies with audio. Since 2004, he has been also teaching workshops and courses introducing artistic strategies and methodologies for creating interactive music. Tahiroğlu has performed experimental music in collaboration as well as in solo performances in Europe, North America and Australia. His work has been presented in important venues, such as Ars Electronica AI x Music Festival, STEIM and Audio Art Festival. In 2018, he was awarded a 5-year Academy of Finland Research Fellowship.

Merja Bauters is a research professor in digital transformation and lifelong learning at School of Digital Technologies, Tallinn University and a docent of semiotics in the University of Helsinki. Bauters has been involved and executed research, planned and guided co-design, participatory and design thinking processes in multiple EU- and national projects, on learning and technology-enhanced learning.

Bauters has been lecturing in over 30 different courses on design, design methods, semiotics and project communication. She was a president, UMWEB International association of semiotics and publishing house 2003–2010. She received her PhD from the Department of Philosophy, History, Culture and Art Studies, University of Helsinki 2007, discussing Charles Peirce thoughts on interpretation.

Documentary filmmaker and theatre director Daniel Kötter introduces his project Landscapes and Bodies, a series of case studies on the impact of mining on landscape and communities in West Papua, east and west Germany, DR Congo and Estonia, Eastern Virumaa. The project combines performing arts and 360° VR documentary films in an exhibition-like parcours. The complex spatio-political relations of extractivist practices, that are local and global, close and far away at the same time, are mediated in the experience of space of each audience member - physical, augmented and virtual. How can (VR) media technology not only become a tool for telling stories about space politics but be a means of complex political space experience itself? And: what are the ethical implications of its use?

Contemporary theatre among other creative sectors has to understand and embrace the processes of digital change. The Corona-lockdown has once again accelerated digitalisation: has it boosted and accelerated the transmedia storytelling with mixed-reality technologies?

The platform brings together 9 theatres with experience in the artistic experience of digital technologies and 8 universities with proven digital expertise. (The project has been awarded the maximum grant of 2,000,000 EUR and will run from 2019-2023). The Estonian project leader and participant on the platform is VAT theatre.

The partners in the project aim:

17.45-19.30 Effect of the streaming revolution in music, audivisual industries and performing arts on culture consumption

The Fourth Industrial Revolution has transformed the way how we consume media, while the most important digital transformation has been streaming technology. A truly revolutionary breakthrough, it encompasses the spectrum from music to movies, television and video games. The benefits of the new model are felt by the industries and consumers alike. However, whether it is a win-win situation for the creative artists or the consumers of culture is debatable.

Sten Kauber - The platformization and mediatization of film culture

Sten Kauber is a junior research fellow in the Centre of Excellence in Media Innovation and Digital Culture (MEDIT) and a doctoral student in Baltic, Film, Media and Arts School (BFM), where he studies how different actors of the film industry (from producers to audiences) shape their practices in relation to film and film experiences. He holds an MA degree in social and cultural anthropology from the University of Helsinki and he also works as a freelance film critic.

Reigo Ahven: Streaming has fundamentally changed the music industry: the big winners are the streaming services and large record companies. However, 99 % of the artists are not sharing in the music industry`s success. The Estonian visionaries are creating an international music platform FAIRMUS to challenge the Big Tech and offer fairer share of the profits from their creation.

Reigo Ahven, FAIRMUS and Philly Joe´s TV (zoom) - the new international start-up for paying artists more fairly. Why has the streaming model exacerbated the divide between superstars and everybody else?

12.45-14.15 The new perspectives of VR/XR/AR, the emerging niche platform in game development

15.00-15.30 Demo event where game developers introduce the games being developed.

The price is valid only for available rooms in this period and with prepayment.
Book your room with password TARTUFF and e-mail: info@dorpat.ee